Since 2008, Nixey Communications has been providing strategic communications services to companies, brands, public figures, and organizations across Canada and the United States. 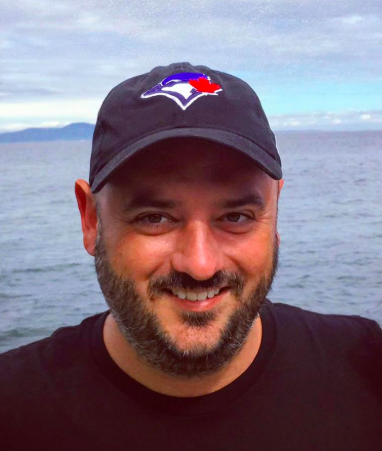 Paul Nixey is a strategic communications expert and crisis specialist with more than 20 years’ experience in reputation management, marketing, public relations, and digital communications. He is known for cutting through the noise and focussing audiences on what really matters—the message, and the call to action.

Nixey’s early learnings in brand management were at Starbucks Coffee Company, slinging lattes at age 16, and then holding multiple positions in the company’s operations and marketing divisions, finally landing in Toronto as the company’s first-ever National Marketing Coordinator. After Starbucks, he relocated to Seoul and spent two years as an on-air presenter for the Munhwa Broadcasting Corporation—South Korea’s leading television and radio network.

Nixey studied Communications and Women’s Studies at Capilano University. He guest lectures at Simon Fraser University’s public relations program, and coaches at the University of British Columbia’s School of Public Policy and Global Affairs. He was named Best behind-the-scenes LGBTQ publicist in the Georgia Straight’s Best Of Vancouver awards. Nixey served five years as a Director at the Vancouver Friends for Life Society, and was the co-chair/CEO of the Vision Vancouver Elector Association for five years, including their successful 2011 and 2014 elections. He is a member of the Greater Vancouver Board of Trade.

Based in Vancouver, Nixey does not watch baseball, but just really likes hats.

A crisis can happen to an organization of any size—and crisis resilience is all about planning. We help plan for risk scenarios that may impact your brand, and proactively manage issues through the media and stakeholders as they come up. Nixey probably managed that big news story you didn’t hear about.

From paid search to social media marketing, Nixey Communications has a track record of increasing engagement across digital channels. Whether it’s email marketing, web copy, or customized solutions for your organization, we deliver a high ROI, tracking every action and click.

As the world of public relations and marketing changes, content is king. But good content is about more than exceptional writing—it’s about deploying the right message, tailored to the right audience, at the right time, on the right platform. We’re expert storytellers and our content cuts through the noise.

When brands and organizations want compelling marketing campaigns with a clear call to action, they call Nixey. Over the past decade Nixey has produced comprehensive campaigns for leading brands, scrappy start-ups, non-profit and government organizations, and public figures.

With more than 20 years’ experience dealing with the media—both behind and in front of the camera—executives, government officials, and corporate spokespeople turn to Nixey for media coaching. He’s trained elected officials, CEOs, and first-timers on best practices for making sure their message lands quickly and effectively.

Just starting out? Don’t have an in-house team? Successful organizations have a communications strategy in place—and Nixey can help. Starting with an audit of your communications infrastructure, we partner together to build a scalable communications plan that meets you where you are, and positions you for success.

It’s time to move your brand to the next level.